WrityWall Blog Tips Buying Gun for the First Time! Here Are Some Best Tips for You
Tips

Buying Gun for the First Time! Here Are Some Best Tips for You 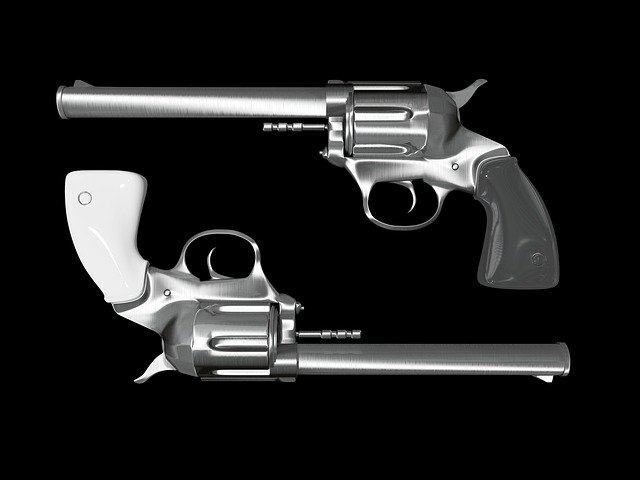 Guns have always been a great part of American culture and if they are being used for self-defense purpose and isn’t harming any human being around so it shouldn’t be a problem owning them. During the Covid-19 lockdown, there have been several house break-in incidents recorded that have made Americans own a gun for their safety under their state law.

From small and compact Glock 19 to several other hunting rifles and guns, there will be tons of guns to choose from online or offline. And despite being around the gun for a long time or when you haven’t picked any sort of gun ever before, if this is your first time owning the gun then you will be tempted with the range of guns you can find on any gun shop.

However, being a first-time gun owner, you cannot just go for any gun that you find cool or a gun with different accessory support such as CAA MCK Accessories. There are several things you will need to have in mind before owning a gun. In this article, several safety tips are compiled that will help you to own a gun with safety. Continue reading The Following.

Do Some Homework before owning a gun

Again, if you haven’t chosen any gun before then being in a gun shop can be a tempting experience. It’s like being in a candy store as a kid. There will be tons of gun accessories and types of guns to choose from. So when you are about to shop for your first gun then don just fall for the outer look of the firearm.

They are supposed to look beautiful and shiny but you should have an idea regarding what sort of gun will suit you most. Do some research regarding different types of guns and learn about them. Take your time to learn about them for a better idea. The type of gun you are about to choose highly depends on the purpose you are buying for. You may be buying the gun for:

Considering that you have a clear idea about why you need that gun, now is the time to learn about different types of available guns in a professional gun store. There are compact guns, heavy rifles, and pump actions to choose from. Some support accessories such as micro Roni gen 4 to transform their guns for combat purposes and so.

But knowing what type of gun will be perfect at starting point would be very helpful. When you know about this, the staff will help you to direct to the right side of the store so you can browse through the right firearm, such as:

They are smaller firearms and come with shorter barrels. They however feature great accuracy, thanks to their thick rifling within the thick barrel which is designed to withstand a lot of pressure. These guns are rather smaller in size such as Glock 23 or later models, so carrying them around the city is not a big deal. Also, they can be used with one hand as well. These are known to be perfect for self-defense, protection, and range shooting. They also support accessories such as MCK CAA for convenient customization.

These guns feature long barrels with smoothbores and they cause ammunition to spin. It is a great option for a wide range of shooting because of its spreading ammunition effect. They however don’t handle much pressure like a handgun. They are great for skeet shooting or bird hunting.

If you want a firearm for long-range hunting then Rifle is your thing. A rifle can do the thing precisely and accurately. It features a long barrel and thick walls so it can withstand even heavier pressure. A rifle is more accurate than a shotgun and it can fire bullets from a long distance. This is what makes the rifle great for both shooting and hunting.

A semi-automatic rifle is a rifle type that can be loaded itself and repeats the automatic cycle of new rounds after each shot. Unlike a fully automatic firearm, you will manually have to release the trigger from the riffle and reset the hammer and sear before you can pull the trigger to shoot the fire.

Can You Buy Gun Legally?

If you have read about this then you will b aware of about owning a gun is legal being the U.S. However not all citizens can legally own firearms. Don’t worry because the FBI has a huge database about potential gun buyers that it will use to perform a background check for them. If you don’t want to face any embracement while buying your first gun then consider checking the following reasons that can make it illegible to own a gun.

If you have concerns regarding owning the gun or purchasing the gun then you should speak to the related staff and authorities and don’t forget to talk about this at the gun store before applying for your gun permit.

Owning a gun in the current time is somewhat necessary but you mustn’t abuse it to a level that it becomes a crime. However, make sure you get a gun and any related accessories such as MCK CAA from a reputed store such as CKS, where you can get the right information as well.

Characteristic of Miniaturised Product Design You Must Know